Frank Quintero, Jr., managing shareholder of Quintero Broche, P.A., primarily concentrates his practice in the areas of white-collar, corporate, healthcare fraud, and complex criminal defense cases. Mr. Quintero has consistently been recognized as one of Florida and the Nation’s Top Criminal Defense Attorneys, and has over thirty (30) years’ experience in litigation.

Mr. Quintero was born in Cuba and raised in Miami, Florida. Mr. Quintero graduated from Belen Jesuit Preparatory School in Miami, Florida in 1976. Mr. Quintero went on to earn his Bachelor’s degree from the University of Miami in 1979 and his Juris Doctorate degree from The John Marshall Law School in Chicago, Illinois in 1983. During his time as a student at The John Marshall Law School, Mr. Quintero has the distinction of being the only Hispanic student to ever be elected and serve as vice-president of the Law School, in the University’s over century year old history. Since his admission to the Illinois State Bar (1983) and the Florida Bar (1984), Mr. Quintero has handled numerous high profile complex Federal and State cases ranging from drug offenses to multi-million dollar health care fraud cases.

Mr. Quintero’s more recent successes include the following: obtaining an acquittal after a jury trial in United States v. Angel Rodriguez, where the defendant was charged with multiple healthcare fraud related offenses; in United States v. Lazaro Collazo (the Biogenesis Federal prosecution), Mr. Quintero secured a dismissal of the Indictment by the Government and the filing of misdemeanor charges against his client resulting in the imposition of a probationary sentence; obtaining a complete dismissal of the Indictment against the defendant in United States v. Joao Malago in a multi-agency drug and money-laundering prosecution; in United States v. Keilen Fife, Mr. Quintero obtained a probationary sentence for a defendant involved in a multi-million dollar Medicare fraud prosecution; securing a below-guidelines sentence in United States v. Crawford, amounting to an over 60% downward departure/variance, for a defendant enhanced under the Career Criminal Offender statute; attaining a complete retraction from the City of Miami Commission in connection with their filing of a resolution naming Mr. Quintero’s client as “persona non-grata;” and obtaining a substantial settlement on behalf of a client against one of the Nation’s largest financial institutions in connection with a development dispute. 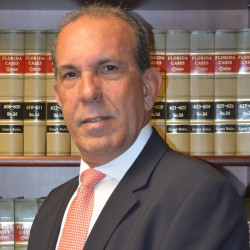 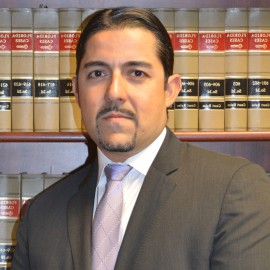